Climate Change: We All Talk About Our Children, But We Are Far Too Selfish… 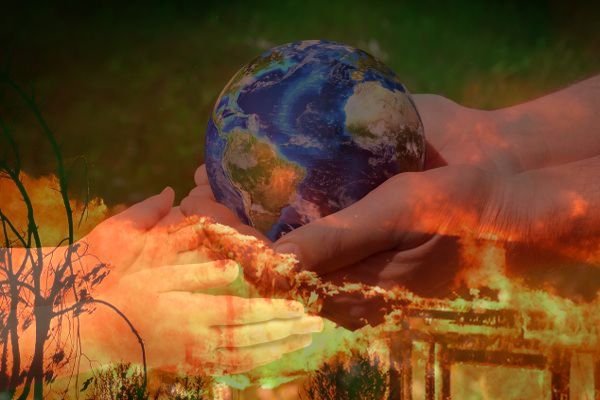 We always talk about our children and grandchildren, and how climate change will affect them, but the reality is we are far too selfish to allow such thoughts to alter our actions.

Let them worry about tomorrow. We are only concerned about today.

Perhaps an analogy will help. Think of the world as the Titanic. We are sailing blissfully along, having a wonderful time. We know the iceberg is out there, we can see it on our radar screens.

We know what will happen when (not if) we hit it. And yet we continue to party on. Why let reality intrude on our excellent adventure?

Maybe someone will invent a heat ray that will melt the iceberg before we hit it. Maybe the ship will bounce off and continue its serene voyage undamaged. Maybe a comet will strike the Earth and kill us all before we ever hit the iceberg.

Drink up, the party never ends for humanity.

If we don’t go too far, too fast, we will all be extinct, poisoned by our own waste products within a century or two. The changes needed to protect the Earth from a mass extinction event will take many decades to work. We need to begin now if we are to have any hope of survival.

Jeff Bezos, the owner of Amazon, who has more money than 90% of Americans combined has done little but make empty promises about reducing its carbon footprint.

Same is the case with Warren Buffet and a plethora of Silicon Valley titans starting with Tim Cook and including Bill Gates, who is fooling around with some energy storage scheme that won’t move the needle on climate destruction one iota.

Take control of your own world to the extent possible like-

We can’t rely on others to save us. We will have to save ourselves.