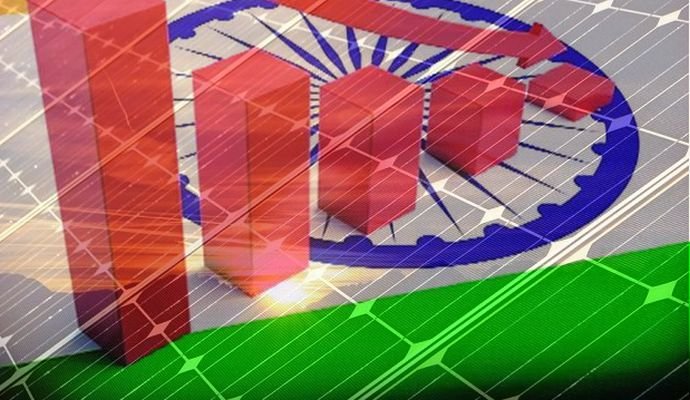 After a couple of good years, things have started to look solemn for India’s solar power sector. There has been a huge slump in capacity addition in the past two years —

Of the country’s target of installing 175 GW renewables capacity by 2022, solar energy has the biggest chunk of 100 GW.

India has installed 31 GW of solar capacity, 17 GW is under construction and tenders for 35 GW have been floated. However, the sector has witnessed a lull in recent months.

Power distribution companies (discoms), which mostly are owned by state governments, have been delaying payments to plants supplying solar power.

As of July 2019, discoms owed Rs 9,736 crore to solar power producers in the country, with Andhra Pradesh, Tamil Nadu, Telangana and Karnataka accounting for 75 per cent of the dues.

The delay has had a major impact on investor sentiment. Public and private sector banks too are reluctant to lend. Banks are not in the mood to fund.

Conditions to borrow from Centre-owned financial institutions like the Indian Renewable Energy Development Agency Ltd and the Power Finance Corporation, are not conducive and foreign funds are difficult under current regulations.

The other major reason for the slowdown is solar plants’ inability to run at full capacity. This is happening because discoms prefer to buy power from cheaper sources.

In Andhra Pradesh, for instance, the power production from solar plants curtailed by as much as 70 per cent on certain days in June 2019.

Another reason for the slump is governments’ insistence that plants sell power to dicoms at unreasonably low tariffs.

We feel that the downward trigger for the sector was the introduction of the goods and services tax (GST) in 2017.

GST became an additional burden and turned the projects unviable. The Centre asked the project developers to pay the tax and assured them reimbursement. Which did not happen.

In 2018, India also imposed a 25 per cent safeguard duty on import of solar cells and modules. This was done to give a boost to domestic manufacturers, but it only increased project costs and killed the industry further.

The effects of such fickle policy moves have begun to show.

The report also estimates that India will only be able to install 59 GW of solar capacity by 2022.