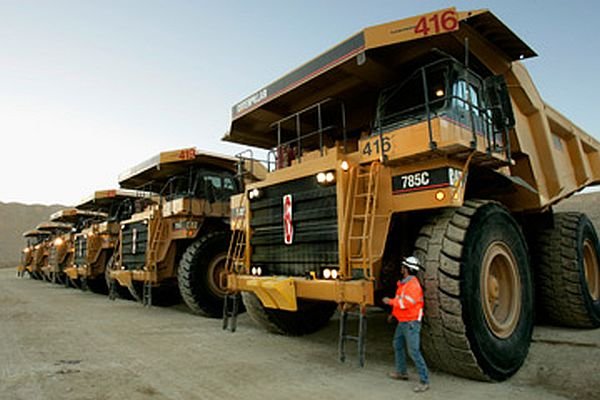 The world’s largest electric vehicle (EV) is a 45-ton mining dump truck nicknamed eDumper, but it may soon have to give up its title.

There’s a new big boy in town, a hybrid vehicle that is powered by both electricity and a reserve of hydrogen fuel. The fuel cell EV will start its test runs at the Mogalakwena platinum group metals mining operation in South Africa this year.

London-based mining firm Anglo American is developing the beast of a machine—it weighs 290 tons, or 580,000 pounds—as part of its sustainable mining vision.

By 2030, Anglo American has committed to reducing global greenhouse gas emissions by 30 percent.

The conceptual work is done, but Williams Advanced Engineering (WAE), also based in the U.K., will bring the truck to life with a proprietary high voltage battery system for the truck, which is currently under development.

This remarkable arrangement, which replaces the existing vehicle’s diesel engine, is controlled by a high voltage power distribution unit delivering in excess of 1,000 kWh of energy storage.

The idea is to replace the vehicle’s diesel engine with a retrofitted high-power modular lithium-ion battery.

Through regenerative braking, the battery system will be capable of recovering energy as the haul truck travels downhill.  For the project, WAE has drawn on its extensive experience as the sole battery supplier to the FIA Formula E global motorsport series for the first four seasons.

WAE is also the sole battery supplier to the new FIA Extreme E racing programme, which begins in 2021.

After Anglo American finishes test trials with the Fuel Cell Electric Vehicle, the firm will conduct studies to understand how the truck’s power units can be used to provide energy storage in second-life applications, like storing energy for the power grid.