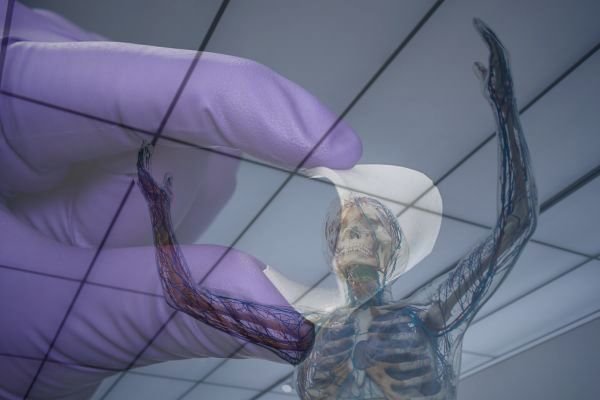 Amferia, a start up that plans to commercialize a rubbery nano-material invention that seamlessly integrates with the human body — this could pave the way for everything from new reconstructive surgeries to extreme body modification.

In the development of medical technology products, there is a great demand for new naturalistic materials suitable for integration with the body.

Introducing materials into the body comes with many risks, such as serious infections, among other things. Many of the substances used today, such as Botox, are very toxic. There is a need for new, more adaptable materials.

The new nontoxic material is made of the same stuff as plexiglass which has already been shown to work well in the body.

Plexiglass, a material used in many medical technology applications. By redesigning its makeup, and through a process called nano-structuring, the researchers gave the material a unique combination of properties.

The researchers had set out to create a bone replacement material, but found that by manipulating it just right at the nano-scale — that’s a billionth of a meter — it took on a rubbery texture that they believe could replace cartilage in everything from joints to prosthetic noses.

There are many diseases where the cartilage breaks down and friction results between bones, causing great pain for the affected person. This material could potentially act as a replacement in those cases.

Topics: amferia nanostructuring Nanotechnology plexiglass
Previous Post Is ‘Low Cost’ Approach To Renewable Energy, Killing It?
Next Post What To Do When An Electric Car Runs ‘Out Of Battery’