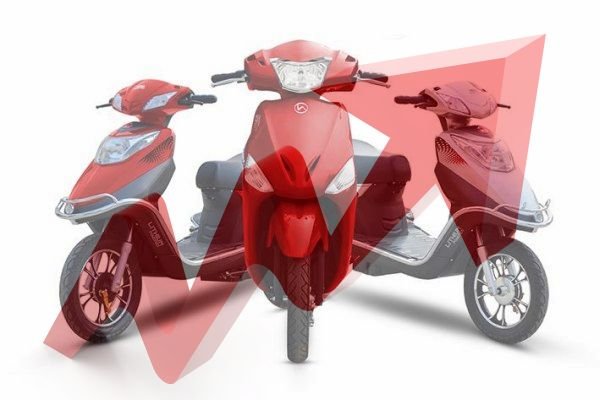 Electric vehicle (EV) sales in the country increased by 20 percent to 1.56 lakh units in 2019-20 (Sales figures do not include e-rickshaws as is still largely unorganized). The total EV sales stood at 1.52 lakh for two-wheelers, 3,400 cars and 600 buses in FY 2019-20 according to the Society of Manufacturers of Electric Vehicles (SMEV).

Electric scooters accounted for 97 percent of the sales of electric two-wheelers. In addition, 3 percent of motorcycles and electric bicycles were sold. According to the figures, in the case of cars, 3,400 units were sold in 2019-20 as compared to 3,600 units in the previous year.

According to the sales figures, the e-rickshaw sales stood at around 90,000 units in 2019-20 compared to the previous year’s figures.

The industry volumes have been fluctuating, mostly depending on the incentives offered by the government. Many serious players (Hero Eco, Ather, Electrotherm, Avon, Lohia, Ampere, etc) are continuing with the mission and trying to enforce the positive change under the banner of SMEV.

More than 90% of EV on Indian roads are low-speed electric scooters (less than 25km/hr) that do not require registration and licenses. Almost all electric scooters run on lead batteries to keep the prices low, however, battery failures and low life of batteries have become major limiting factors for sales besides government subsidies.

Many manufacturers have taken initiatives to install the charging station with limited success.

Players like Lohia and Electrotherm have developed three-wheelers. Ampere and Hero have entered in E Cycle segments. There are numbers of E-Rickshaw players mushrooming across the country and selling good numbers of E rickshaw for last-mile connectivity.

The Industry is almost ready for take-off but it will be impacted at least in short run due to coronavirus outbreak as all the manufacturing has been shut down to observe a complete lockdown.