Tesla Is Worth More Than Exxon – Sign Of Times Or Symbolism? 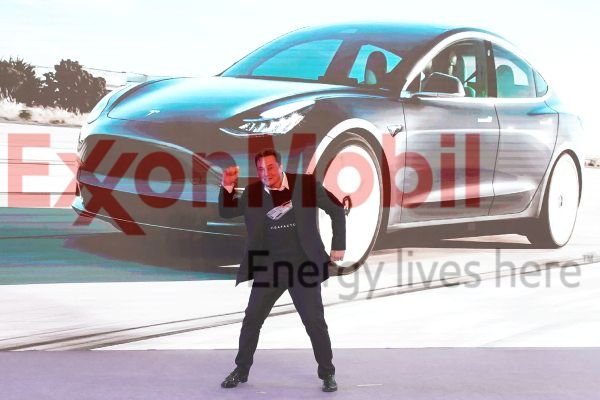 Just a few years ago, electric cars were a niche market. Now, in a striking reversal, the market valuation of electric automaker Tesla exceeds that of ExxonMobil, one of the planet’s largest fossil fuel mega corporations.

CNN drew attention to the turnabout in a story drawing attention to Tesla’s meteoric stock price, which has as of this week exceeded prominent global brands including Disney, Coca-Cola, Toyota, and PayPal.

Tesla isn’t consistently profitable enough to join the S&P 500. But it may be closing in on that milestone.

Their market capitalization — that’s the economic term for, basically, the value of all its stock — stood at approximately $223 billion. Exxon, in contrast, was worth a little more than $187 billion.

The milestone is a long time in the making, and a product of disparate financial trends. Tesla’s stock has, on the whole, been on a longterm upswing, while Exxon’s stock price has fallen precipitously since the coronavirus pandemic.

Optimism about electric vehicles isn’t limited to this company alone.

Shares of electric truck maker Nikola have soared since the company went public in June through a merger with an existing publicly traded blank check company. Nikola is now worth nearly $25 billion, more than Ford.

This is a sign of times to come, in the long view, a signal by investors that the future is in renewables rather than fossil fuels.