Innovative – Hydrogen Can Be Extracted From Plastic Using Microwaves 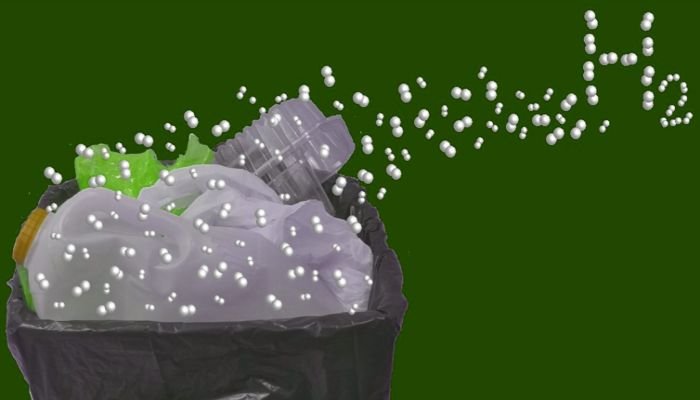 Over the past several decades, plastic waste has been found in the snow atop the highest mountains and in the deepest parts of the ocean. Microplastics are in our food and inside our bodies.

Just this week, a study in California found that 13.3 quadrillion microfibers — defined as those less than 5 millimeters in length — are released into the state’s environment every year, mostly from washing clothes made with plastic based cloth and thread.

To put that in some perspective, that is 130,000 times more microfibers than the number of stars in the Milky Way, according to a report by The Guardian.

Can nothing save us from the scourge of plastics?

A group of researchers in the UK, China, and Saudi Arabia think they have discovered a partial solution. Here’s an excerpt from the abstract to the study –

“Here we report a straightforward rapid method for the catalytic deconstruction of various plastic feedstocks into hydrogen and high-value carbons.”

They used microwaves together with abundant and inexpensive iron-based catalysts as microwave susceptors to initiate the catalytic deconstruction process.

A high hydrogen yield of 55.6 mmol g−1plastic is achieved, with over 97% of the theoretical mass of hydrogen being extracted from the deconstructed plastic.

The approach is demonstrated on widely used, real-world plastic waste. This proof-of-concept advance highlights the potential of plastic waste itself as a valuable energy feedstock for the production of hydrogen and high-value carbon materials.

The carbon nanotubes produced in the lab were of sufficient quality for use in other applications.

Finding a way to replace conventional plastics with substitutes that are biodegradable or can be broken down by microbes would be a good start on the path to ending the scourge.