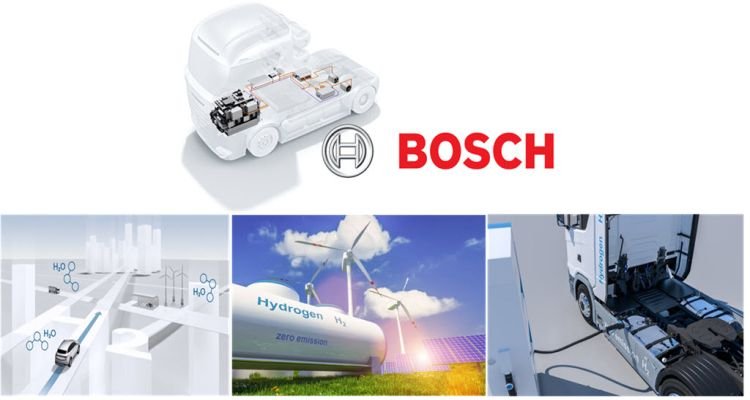 He also made a staggering estimate that the market for mobile fuel cell components in particular could be worth around €18bn ($21bn) by the end of this decade.

Bosch is already hydrogen-ready and the company plans to invest €1bn ($1.2bn) into fuel cell technology – an emerging part of the EU hydrogen market – from 2021 to 2024.

Fuel cells are designed to produce direct current (DC). It’s created by conducting the hydrogen electrons through the anode, where they make their way through the external circuit and return to the cathode.

An inverter then converts DC into the alternating current (AC) that powers the electric motor.

With the above mentioned investments, Bosch will look to put 100 stationary fuel cell plants into operation this year supplying electricity to users such as data centres, industrial manufacturers and residential areas.

Bosch is prepared and ready to spearhead this growing market and plans to showcase its previous success with the recently operational fuel cell plant in the centre of Bamberg, Germany, at the end of March 2021.

This will be used as a reference point into the ever growing, lucrative hydrogen market in the EU.