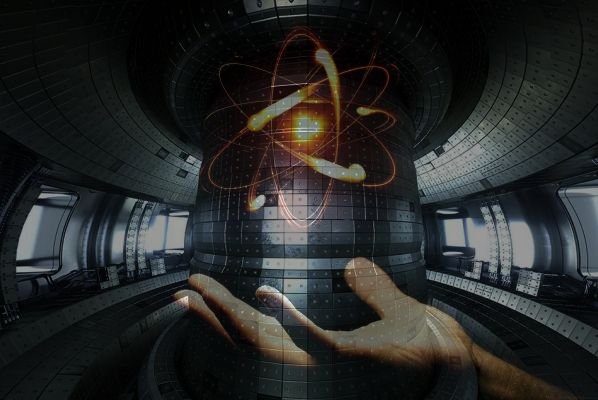 Engineers are shipping the world’s most powerful magnet to the construction site of the world’s largest experimental fusion reactor called ITER in France.

The magnet will be constructed from six modules, each containing 43 kilometres of coiled niobium-tin superconductors. Once these coils are in place, they will be sealed with 3800 litres of epoxy and shipped to the ITER construction site in France from the General Atomics factory in California.

The first module leaves this month and the next will follow in August.

The massive 1,000 ton solenoid, a type of electromagnet that can generate controlled fields, will eventually stand just short of 60 feet tall and over 13 feet wide. It can generate a magnetic field of 13 tesla (or about 280,000 times stronger than Earth’s field.

In a fusion reactor, the gravitational pressure would be far lower than inside a star, so achieving the same reaction will require far higher temperatures.

Unfortunately, the necessary temperatures of above 150 million °C would melt all known materials on Earth, so ITER will use powerful magnets to contain the reaction in a ring away from metal surfaces. Water pumped through the walls of the reactor will turn to steam and drive turbines to generate electricity.

The central solenoid will generate a flow of reacting plasma around the ring, while other magnets will contain the plasma within the ring and adjust its shape.

Scientists are hoping the mammoth magnet could one day allow ITER to produce more energy using fusion than is needed to generate the reaction.