Artificial Sunlight Shines On A Small Town In Italy 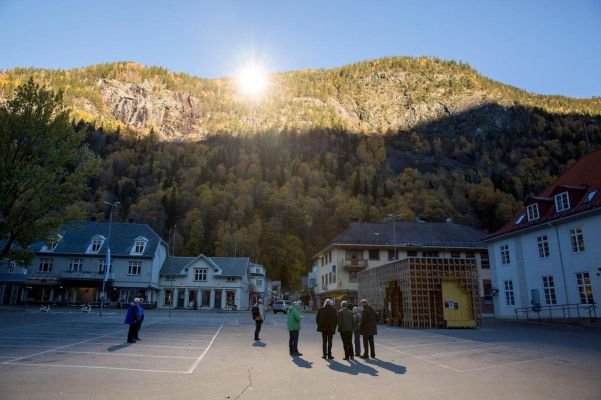 The town of Viganella which is located at the border between Switzerland and Italy, is deprived of sunlight every year from November until February because it clings to the side of a steep valley and is surrounded by mountains that block the sun’s rays.

In 1999, local architect Giacomo Bonzani proposed installing a sundial on the church façade, but then-mayor Franco Midali dismissed the idea. Instead, he asked Bonzani the impossible: to bring the sun to Viganella in the 83 days when it’s blocked by the mountains.

By installing a huge mirror on one of the peaks above the town, reflecting the sunlight into its main square. The ingenious idea was put into action, and on the 17th of December, 2006, the project finally saw the light of day. The mirror was designed by Bozani with the help of engineer Gianni Ferrari, and cost about €100,000.

Eight metres wide and five tall, it reflects the sunlight for six hours a day, following the sun’s path in the sky thanks to a software program that makes it rotate.

The reflected sunlight is, of course, not as powerful as direct sunlight, but it’s enough to warm up the main square and give the town’s homes some natural sunlight. The mirror is only put to use in winter and stays covered for the rest of the year.

Viganella’s success inspired other towns around the world. In 2013, a similar mirror was installed in Rjukan, located in a valley in south-central Norway.