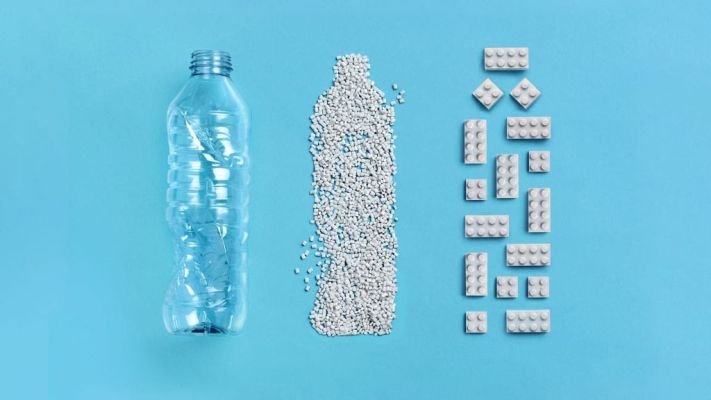 Toy giant Lego is aiming to put bricks made from recycled drinks bottles on shelves within two years.

Lego makes about 3,500 different bricks and shapes, but faces the challenge of coming up with a sustainable product that can last years – decades, even.

They want to ensure their that toys are made to endure many years of use, so they can be handed down and reused from generation to generation.

The company would initially get soft drinks bottles from the US to make its new plastic toy parts. It said plastic recovered from the oceans would not be suitable as it is typically too degraded and then the next stage will be to add colors to the prototype bricks, and test them with children and adult fans.

In 2018, the company had set a goal to make all of its core products from sustainable materials by 2030.

As part of these efforts the company had developed prototype bricks made from polyethylene terephthalate (PET) bottles, with some other chemicals added. Using PET will also allow the firm to make different shaped Lego pieces.

At present, the company makes many of its bricks using acrylonitrile butadiene styrene (ABS), a virgin plastic made from crude oil.

Lego makes between 110 and 120 billion plastic pieces per year, and about 80% are currently made from ABS. About 5% are made from a polymer that comes from sugar cane from which Lego makes its plastic plants. Using recycled plastic will help to cut those emissions, and the firm also wants to use more renewable energy in its processes

Lego wants to start using the bottle-made toy bricks “as soon as possible”. The goal is to find a product good enough that people don’t notice the difference and is also sustainable at the same time.