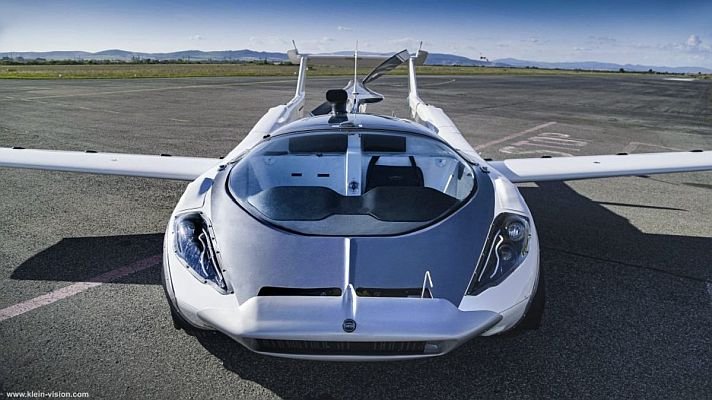 The AirCar took its name literally 😉 it is an unusual transforming hybrid vehicle that can drive around like a car before popping out its tail, unfolding its wings, and cruising down a runway to take flight.

The AirCar has a number of key differences from other “flying cars” that have been in the news.

The other vehicles, technically called electric vertical take-off and landing (evTOL) vehicles are, as the name suggests, are powered by electric batteries in an attempt to transition away from fossil fuel-powered transportation.

Meanwhile, the AirCar has a BMW engine and runs on the same gasoline you’d put into your car, which grants the vehicle a 600 mile flight range with a full tank.

An evTOL also travels more like a helicopter than a plane or a (flying) car, whereas this car needs an airport’s runway to both take off and land.

The vehicle has a number of limitations, including weight capacity and its range, but who cares: We’re talking about a car that turns into a plane, so we’re excited.