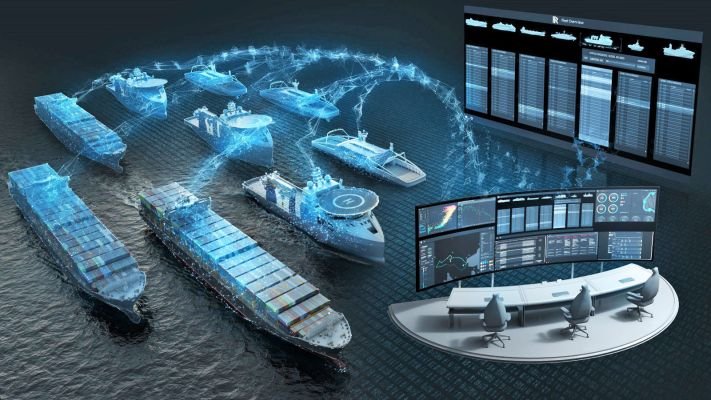 It’s not the first autonomous ship — an autonomous ferry launched in Finland in 2018 — but it is the first fully electric container ship, say its makers.

Named, Yara Birkeland, the ship was designed to reduce emissions of nitrogen oxides, which are toxic pollutants and greenhouse gases, and carbon dioxide, as well as moving freight away from roads to the sea.

First conceptualized in 2017, Yara Birkeland was created in partnership with technology firm Kongsberg Maritime and shipbuilder Vard. Capable of carrying 103 containers and with a top speed of 13 knots, it will use a 7 MWh battery, with “about a thousand times the capacity of one electrical car” and would be equal to replacing 40,000 truck journeys a year.

Being crewless means it will be more cost effective to operate.

Initially, loading and unloading the ship will require humans, but soon, all loading, discharging, and mooring operations, including berthing and unberthing the vessel, will eventually be operate using autonomous technology.

If all goes according to plan, the ship will make its first journey between two Norwegian towns before the end of the year, with a reduced crew on board to test the autonomous systems. Eventually, all movements will be monitored from three onshore data control centers.

This is the future of cargo shipping but still there are many challenges to overcome before autonomous ships can be used for commercial long sea journeys.