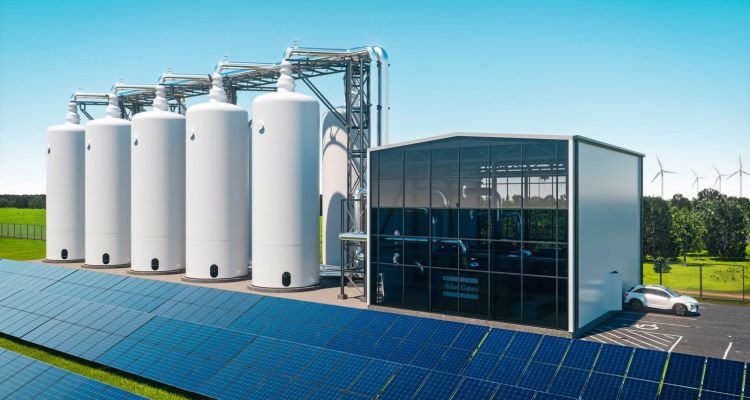 The Danish company Stiesdal is realizing the first commercial demonstration energy storage system based on heating up rocks in big tanks on the island of Lolland in cooperation with neighboring island Falster. This demonstration will show that rocks can be used to store energy as heat.

At Lolland-Falster, the production of renewable energy is so large that sometimes the energy producing facilities have to be temporarily shut off as consumption does not match production.

But now the facility will be able to store electricity from renewables at times when the wind blows and the sun shines, for later use. The new storage system, called GridScale, stores energy in large tanks filled with crushed stone.

Stiesdal energy storage system contain crushed stones the size of peas stored in insulated steel tanks. When there is excess supply of electricity in the electricity grid, the storage is charged using a specially designed heat pump system, which moves heat energy from one set of tanks to another.

The stones get colder in the tanks, from which the energy is taken, while they get a lot hotter in the tanks that receive the heat, as hot as approx. 600 degrees C.

The heat can be stored in the stones for many days, and when more electricity is needed in the grid, the heat energy is returned from the hot tanks to the cold tanks using a turbine, which produces the electricity. It is a highly efficient solution due to a low loss of energy.

The Stiesdal GridScale storage system is an industrialized and scalable technology for cost-effective thermal storage of electric energy. This storage system uses crushed rock as a low cost storage medium and offers high round-trip efficiency with no geological or topological constraints.