Space Junk – Even Space Is Full Of Human Shit! 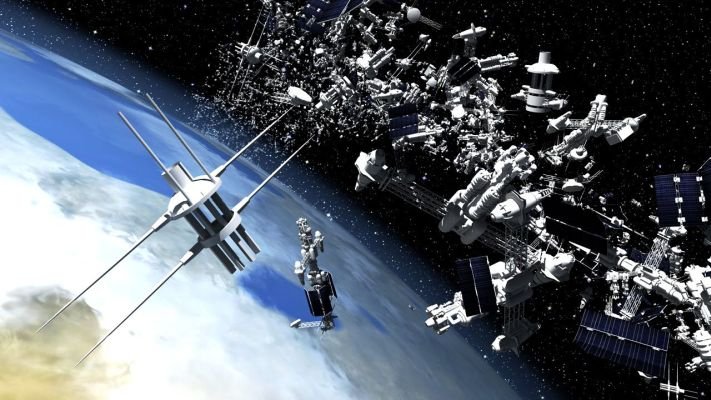 Space junk has been building ever since Sputnik was launched into orbit in 1957. Since then, earthlings have clogged the space around the planet with derelict rocket bodies, dead spacecraft, and 6,000 mostly defunct satellites.

NASA describes the collective 30,000 pieces of debris as the world’s “largest garbage dump.”

And this space junk is about to get a lot bigger with the rapid rise of the commercial space industry, raising the danger of a planet so clouded with space junk that it could make future launches prohibitively dangerous.

The commercialization of space has led to an increase in the congestion at altitudes where historically you wouldn’t necessarily have had a congestion issue, around about 500 kilometers.

Leading the way is SpaceX, which has launched nearly 1,600 of its 4,000 low-orbit Starlink satellites into space to provide low-cost internet to remote locations on terra firma.

According to an estimates there will be 100,000 such low-orbit satellites by the end of this decade. The probability of encountering an object from the space junk on your way out resulting in a collision eventually reaches 100 percent.

Something has to change in order to have any hope of a sustainable future in space.

One such proposal has come from the Inter-Agency Space Debris Coordination Committee, a forum of 13 of the world’s space agencies, which is called the “25-year rule” that says no spacecraft should be left in orbit more than 25 years after the completion of its mission. After that, it needs to be removed.

Japan-based startup Astroscale, has come up with a working concept of technology to clean up space debris. It has designed several spacecraft tasked with decluttering space.

Last week, Astroscale’s spacecraft successfully captured and released a small satellite that acted as a piece of space junk using a magnet. Eventually, the craft will drag the item to its fiery demise in the upper reaches of the atmosphere.