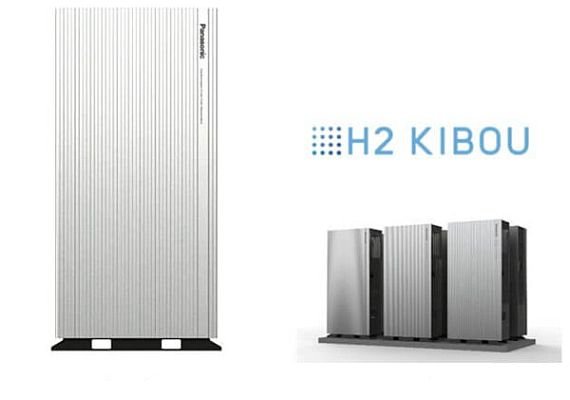 Panasonic, a Japanese electronics company, has released a 5 kW pure hydrogen fuel cell generator for commercial use. It has already used the fuel cell in a number of experimental projects in Japan.

The system measures 834×417×1,766 mm in length and weighs 205 kg when the design panel is included. The power output may be ramped up to meet demand by connecting and regulating numerous generator units.

In addition, because of its lightweight and small housing, this generator may be easily adapted to a variety of installation situations, including rooftop and in tight areas.

The new device can be utilized in temperatures ranging from -10 to 40 degrees Celsius and at heights not exceeding 500 metres. It can generate electricity and use up to 2.5 kW of its capacity for at least 120 hours during power disruptions. The product can be started in about a minute.

The device was originally utilized by the Japanese company in a prototype hydrogen plant that included photovoltaics and storage at their fuel cell factory in Kusatsu, Shiga Prefecture, in central Japan.

The generator was launched on October 1, 2021 for commercial use in Japan.