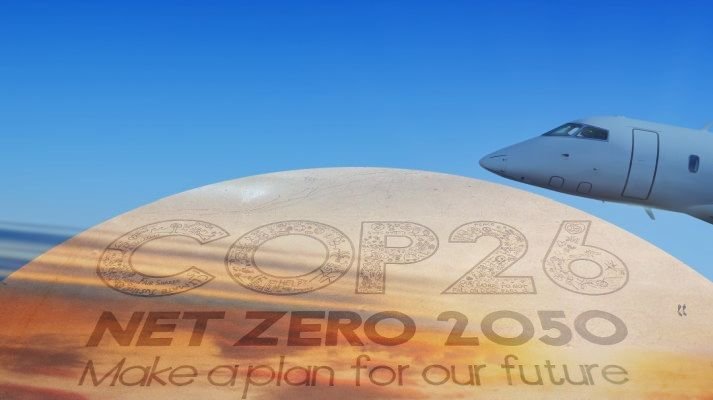 On Sunday, the United Nations’ climate change meeting named COP26, opened in Glasgow, Scotland. Some of the world’s most powerful leaders — including President Joe Biden and UK Prime Minister Boris Johnson — have been invited to discuss topics ranging from carbon neutrality promises to new infrastructure that might help the globe meet the Paris Agreement’s goals.

The 2015 Paris climate summit asked for average temperatures to rise by no more than 1.5 degrees Celsius over pre-industrial levels.

Ironically, many of the leaders who traveled the lengthy distance to the COP26 venue used a very privileged and polluting mode of transportation: private aircraft. According to the BBC, an estimated 400 private jets came into Glasgow for the event.

A 2020 study found that private jet trips were responsible for nearly 34 million metric tons of carbon pollution in 2016, which is more than some countries produce in an entire year. Four hours of flying on a private jet emits as much greenhouse gas pollution as the average European citizen does in a year.

Yet by eliminating private aircraft in the United States (U.S. beats out every other country in private jet ownership) alone, the country would significantly reduce pollution caused by a sector that simply does not need to exist.

The double standard is patently clear. Prior to expressing their worry about global warming at COP26 conference, the world leaders are turning to a mode of transportation that contributes an astounding quantity of carbon emissions.

The same double standards are evident when they take efforts to protect the environment and attempt to mislead the world, but they fail to recognize that they are deceiving no one except themselves, and that we are all doomed as a result of their greed.