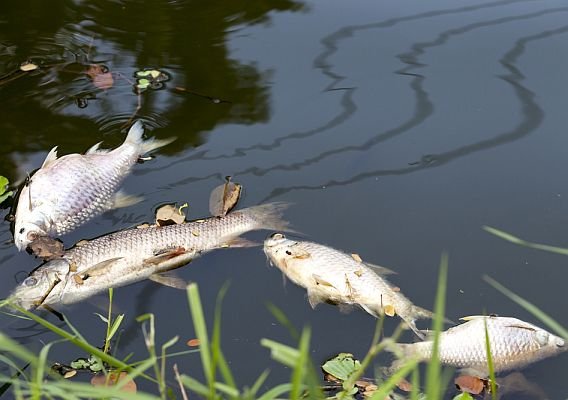 Freshwater lakes lose oxygen at nine times the rate of oceans due to pollution and warming waters. Water temperatures are rising earlier in the spring and staying warm into the fall, causing algae blooms that threaten native fishes.

In temperate climates, surface water mixes with deep water in the spring and fall. During the summer, the surface water warms and forms distinct temperature layers — cool at the bottom, warm at the top. It’s called stratification. When the surface waters cool in the fall, they mix again, replenishing oxygen in deeper waters.

Scientists are worried about lakes losing oxygen for a variety of reasons. When deep waters become entirely oxygen-depleted, something else occurs: methane-emitting microorganisms begin to flourish. As lakes warm, they create more methane, which is mostly due to stratification.

Lakes have traditionally released methane as well — around 10% to 20% of global emissions — but the possibility of them emitting more of the greenhouse gas, which is approximately 25 times more powerful than CO2 in trapping heat in the Earth’s atmosphere, is really worrisome.

It is not simply longer, hotter summers that are depleting the oxygen in lakes. Lakes have long been afflicted by agricultural runoff (pesticides and fertilizers) and logging. This is a growing global challenge as climate change drives agriculture farther away from the equator and into new terrain.