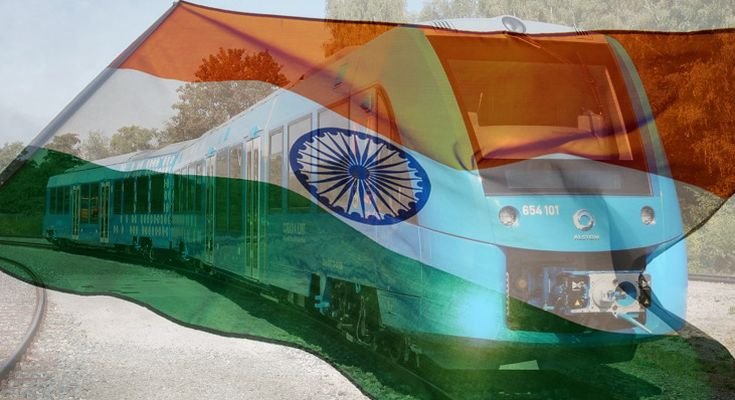 Indian Railways has awarded a contract to Hyderabad-based Medha Servo Drives for the conversion of diesel power mode to hydrogen fuel as a retrofit of one Diesel Electric Multiple Unit (DEMU) rake on the Sonipat-Jind section.

The railways say that the Rs 70 crore investment in the hydrogen fuel cell project would be returned in less than two years since hydrogen is less expensive than diesel.

The retrofitting of diesel-powered DEMU and conversion to hydrogen fuel-powered train set would not only save Rs 2.3 crore in yearly costs by switching from diesel to hydrogen, but will also save 11.12 kilo tons of NO2 and 0.72 kilo tons of particulate matter.

Diesel engine, alternator, radiators, auxiliary generator, gasoline tank water pipes, batteries, and inverters are among the items to be removed from the DEMU.

Hydrogen, like electricity, is an energy carrier. When utilized as a car fuel, hydrogen emits no exhaust emissions. Because hydrogen is the greenest transport fuel, using it will be a significant step toward reducing pollution from trains.