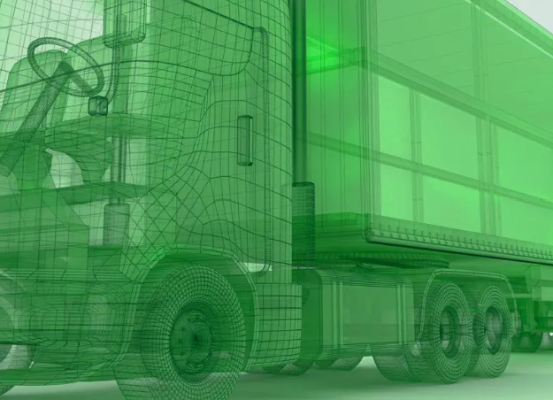 Ecolution Power Company, located in Florida, is on a quest to gild the electric vehicle with kinetic energy storage, and Amarillo, Texas, is one of two US cities where the idea is being tested.

The business has developed an energy storage variation on the well-known topic of regenerative braking. For those who are unfamiliar with the term, regenerative braking refers to devices that absorb the kinetic energy generated while braking a moving vehicle. Rather than allowing the energy to evaporate, regenerative devices convert it into an electrical current.

That still leaves the dilemma of what to do with any leftover power, to which Ecolution has an answer.

The Module Active Response System (MARS) of Ecolution stores surplus kinetic energy from heavy duty trucks and other big vehicles, which generate more kilowatts than passenger automobiles. The technology is intended for both diesel and non-electric automobiles.

So you now have a mobile energy storage device that can be used to power refrigerators and other auxiliary systems on a car that would otherwise be idling on diesel fuel to keep its systems functioning.

Aside from servicing on-board systems, MARS technology is intended to be hooked into a fixed energy storage unit in strategic places such as rail yards or remote EV charging stations, or it can be plugged into the grid.

Simply explained, the MARS Trailer is a transportable kinetic power plant that provides on-demand, sustainable, ecologically friendly, economical, and dependable electricity.” The MARS system can also deploy second-life EV batteries that are no longer suited for powering a drive train.

If all goes as planned, waste energy from trucks, buses, subways, and railway carriages might be stored and transferred to where it is required, rather than being lost to the winds.