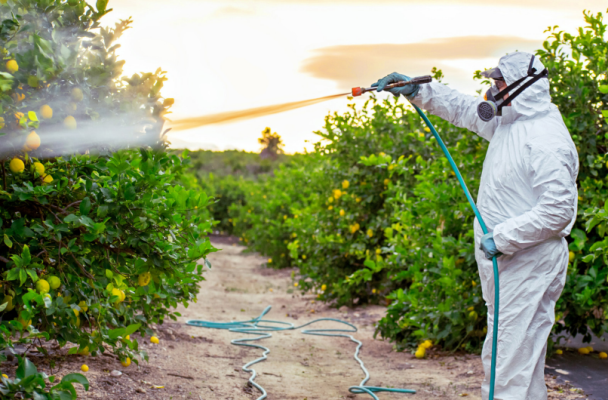 Our earth is becoming increasingly plastic. Plastic pollution has increased tremendously in recent years as a result of the rise in plastic manufacturing and consumption.

Microplastic particles are collecting in even the most distant corners of the earth, including the air, water, soil, plants, and animals, as well as human bodies. The purposeful addition of microplastics to synthetic fertilizers and pesticides used in industrial agriculture is one of the least understood and most worrying causes of this contamination.

Plastic-coated agrochemicals applied to soils and crops immediately inject this type of plastic into the environment and, potentially, the food chain. It also exacerbates the health and environmental risks brought by agrochemicals.

Synthetic fertilizers and insecticides, which are predominantly generated from oil and gas feedstock, are already among the most harmful compounds in use today. Encasing them in microplastic, which is another sort of fossil fuel, simply adds to the dangers.

Microplastic contamination from plastic-coated agrochemicals is especially atrocious due to its purposeful and controlled character, yet it is also easily avoidable. The only impediments are public knowledge of the issue and governmental determination to address it at its root by regulating the plastics sector.

Governments should take immediate action to overcome regulatory loopholes and prohibit the purposeful use of microplastics in agriculture and other industries.