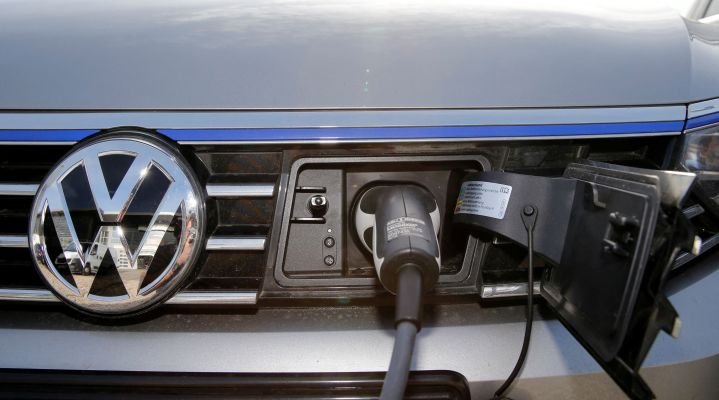 Volkswagen has opened a pilot fast-charging park at its Zwickau vehicle plant in Germany, powered primarily by a power storage container (PSC). The PSC is a massive electricity storage unit made up of 96 cell modules with a total capacity of 570 kWh.

All cell modules in the PSC were previously used as batteries in preproduction models of the Volkswagen ID.31 and ID.42 electric vehicles (EVs), and have now been repurposed.

Volkswagen believes that fast-charging infrastructure like this can be built almost anywhere, even in areas with limited grid capacity. Reusing batteries is critical for the future, and it is inextricably linked to the acceleration of the trend toward electric mobility.

These massive, car-ready power banks serve as replacements for the more traditional transformer station in order to maintain four charging stations. Each station produces 150kW but can be divided into two 75kW vehicle chargers.

Therefore, the new charging park is rated to charge up to 8 cars simultaneously. The OEM asserts that the infrastructure developed for its PSCs “can be built nearly anywhere”, regardless of whether a high-capacity grid is available or not. Furthermore, the initial park on which it is based is described as partially solar-powered.

This is a Businesswire Feed; researched and edited by Clean-Future Team