Germany rolls out Self Driving Minibus 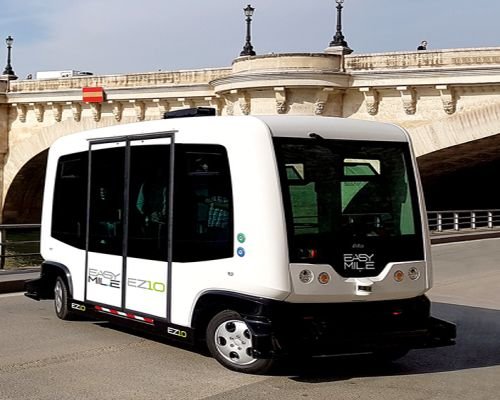 A self-driving minibus is now in operation in Bad Birnbach, Lower Bavaria, Germany. The things that stand out –

∴  This is not a pilot project.

∴  Bad Birnbach is apparently a “spa town” and the autonomous electric minibus is going between the train station, the town center, and the thermal baths that tourists come in to visit.

∴  The minibus can seat 6 people.

Seating 6–12 people seems quite compelling for moving people in efficient volumes while at the same time keeping transport comfortable and convenient. Large transit vehicles are highly efficient, but they turn off many normal humans.