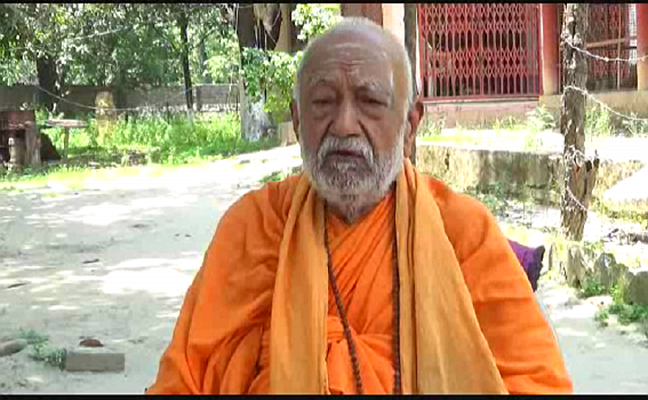 Muktibodh in his magnum opus ‘Andhere Mein’ ( In The Darness) wrote ‘…the nation died / but we lived…’ implying thereby our collective consciousness no more stirred us out of our stupor.

This came true once again when environmental engineer,  environmentalist activist, alumni from IIT Roorkee, University of California, Berkeley Professor at IIT Kanpur, Guru Das Agrawal also known as Sant Swami Gyan Swaroop Sanand  breathed his last after a fast of 111 days, a fast unto death in truest of its terms on 11 October 2018. He was also a former member secretary of the Central Pollution Control Board.

The recent face off was brought about when he to the government in an uncharacteristically angry tone that work on Vishnugad Pipalkoti hydropower project on Alaknanda river; on Singoli Bhatawari and Phato Byung hydropower projects on Mandakini river and all such projects on Alaknanda its tributaries should be stopped and introduce in parliament and ensure its passage and implementation, the Ganga protection Bill drafted by a committee headed by Justice Girdhar Malviya, formed two years ago.

The anguished activist said he was determined to lay down his life for Ganga as “nothing can be more important than the cause of the river”.

He demanded yet again through his another letter written on June 13 form Matri Sadan that all under construction and planned hydropower projects on Alaknanda, Mandakini, Dhauliganga, Nandakini and Pinderganga be stopped. He also added that all sand mining from the banks of Ganga, particularly near Haridwar be stopped.

And the final moment of reckoning came when he decided on October 9 and the great activist with the Gandhian way of protest , who had a  socio-environmental-cultural perspective about rejuvenating the Ganges finally breathed his last.

Should we say our general apathy towards everything stands accused !!!