EV Charging Is Getting Faster 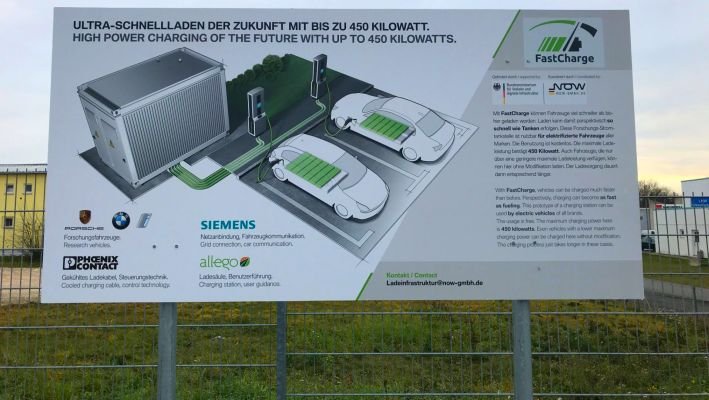 Speedy charging is considered essential to getting more people interested in driving an electric car. But there is more to it than just hooking up a charger directly to a generating station and letting the electrons flow.

The truth is most of the electric cars on the road today are incapable of charging so quickly.

When a battery charges, it gets hot. All-electric cars have something called a battery management system. One of its tasks is controlling how fast the battery charges to prevent overheating.

Siemens, Porsche, and BMW formed a research group called FastCharge in 2016 with the mission to make EV charging faster.

Last week, a Porsche Taycan test vehicle plugged into a new ultra-fast 450 kW charger developed by the group and took on enough electricity to drive an extra 62 miles in just 3 minutes.

Using the same charger, a BMW i3 was able to get to an 80% state of charge in just 15 minutes.

The charger uses the CCS standard and is capable of charging at either 400 or 800 volts. It automatically detects which standard the car it is charging uses.

The problem is, there is exactly one such charger in the world and it is located in Germany. Electrify America has one charger in California capable of up to 350 kW of power.

A few ultra-high-power chargers in the world are hardly enough to move the EV revolution forward.

There is also the question of whether the electrical grid can handle lots of such high-power chargers at once.

So, which will come first, the cars capable of charging at 350 kW and up or a network of chargers that can deliver such high power? It will be years before we know the answer to that question.