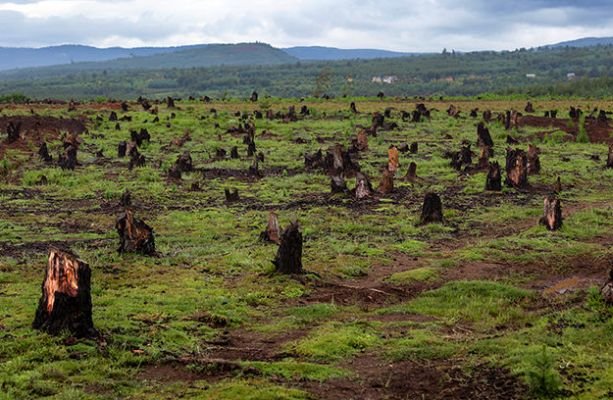 A landmark new study, which is far more dire than the UN’s doomsday reports on climate change, by UN Intergovernmental Science-Policy Platform on Biodiversity and Ecosystem Services (IPBES) found that land-use change, not climate change, is the most forceful driver of ecosystem collapse and biodiversity loss.

The IPBES report draws on 15,000 scientific and government sources, and on indigenous ways of knowing, to bring the problem down to Earth.

The report warns that continued ecosystem and biodiversity decline will “undermine progress towards 80 percent of the assessed targets of [Sustainable Development Goals] related to poverty, hunger, health, water, cities, climate, oceans and land”.

India, however, is behaving as if these findings do not apply to it. Around the time that the 2015 rains drowned Chennai in floods, India released its Intended Nationally Determined Contribution at the Paris Climate Convention.

The document reads like a national suicide note. “Rapid urbanisation in the country will be one of the most dominant trends in the coming years…It is estimated that more than half of India of 2030 is yet to be built.

Two-thirds of India’s cultivable land is vulnerable to droughts, more than a quarter of the country’s arable land has been degraded, and 12% of the land area is prone to river basin floods.

These vulnerabilities will be aggravated by any expansion in built infrastructure.

The sheer demand for energy, water, building material and land for this mammoth project will kill India. Much needs to be done to save India from the government’s vision of India.