A Burning Amazon Rainforest Is Equivalent To A “Doomsday Bomb” 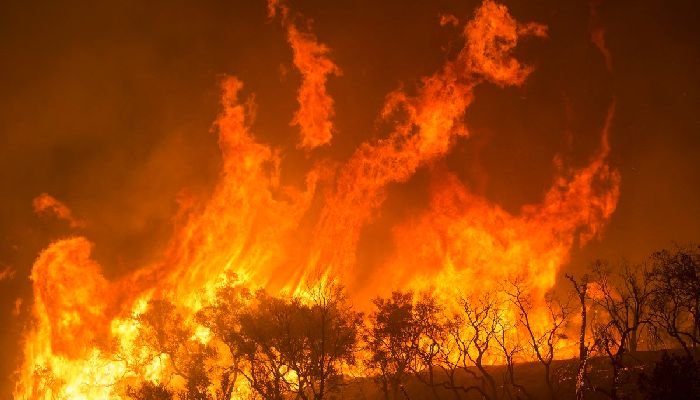 Amazon river basin is roughly the size of Australia. Created at the beginning of the world by a smashing of tectonic plates, it was the cradle of inland seas and continental lakes.

For the last several million years, it has been blanketed by a teeming tropical biome of 400 billion trees and vegetation so dense and heavy with water, it exhales a fifth of Earth’s oxygen, stores centuries of carbon, and deflects and consumes an unknown but significant amount of solar heat.

As the Amazon Rainforest continues to burn as a result of cut-and-burn deforestation practices, we steadily approach the point of no return.

Over the last 50 years, about 20 percent of the rainforest has been burned or cut away. As the current fires rage on and the policies that led to them continue to exist, another 20 percent — that’s 300,000 square miles — could soon be gone as well.

At that point, scientists warn of a “cascading system collapse,” in which the Amazon begins to completely crumble, and release a planet-devastating amount of stored carbon in the process.

The Amazon rainforest used to be a major carbon sink, meaning a place that kept vast stores of sequestered carbon from entering and heating the atmosphere.

If more gets chopped or burned away, the resulting greenhouse gas emissions would be equivalent to a “doomsday bomb,” that would not only lead to the crumbling of the rest of the forest, but potentially also planet-wide environmental destruction.