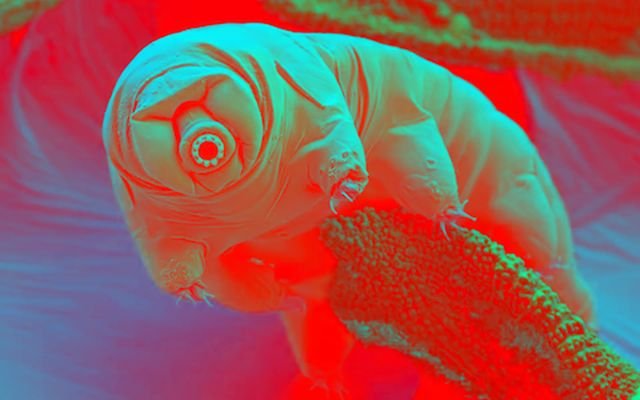 Tardigrades are arguably the most resilient creatures in the known universe — and even they might not be able to live through global warming.

The micro-animals colloquially known as “water bears” are capable of entering a state of suspended animation, in response to environmental stressors.

In this death-like state, tardigrades can survive for years in extreme environments, including the vacuum of space.

However, a new study out of Denmark has found something tardigrades can’t survive: long-term exposure to high temperatures.

For the study, the researchers sourced a species of tardigrade called Ramazzottius varieornatus from rain gutters in Denmark.

They then coaxed some of the critters into one of their states of suspended animation called “desiccation,” which they enter in response to a lack of water in their environment, and left others active.

When the scientists exposed the active tardigrades to a temperature of 37.1 degrees Celsius (98 degrees Fahrenheit) for 24 hours, 50 percent died.

If exposed to lower temperatures first and given time to acclimate, the active tardigrades didn’t hit that 50 percent mortality threshold until 37.6 degrees Celsius (99.7 degrees Fahrenheit).

The results clearly show that their endurance towards global warming has an upper limit—high temperatures thus seem to be their Achilles heel.