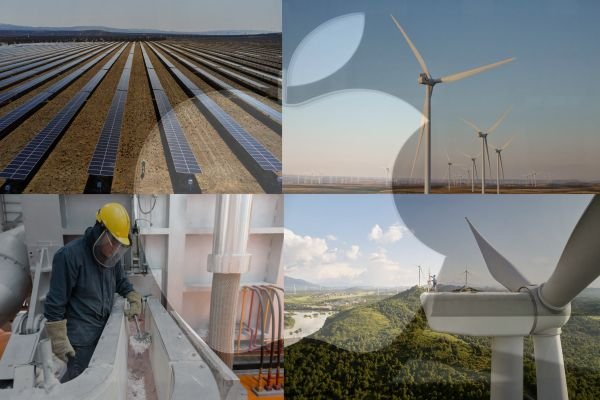 Apple is making big changes to its supply chain and products by committing to be 100% carbon neutral by 2030. The company announced on its website that it’s already carbon neutral for corporate emissions globally and that it wants to bring its entire carbon footprint to “net zero.”

If it succeeds in doing this by or before 2030, it will be 20 years earlier than the IPCC goals of 2050. They hope to be a leader among its corporate peers by creating a roadmap for other companies.

Apple released its 2020 Environmental Progress Report last month, and in this report the company detailed its plans to reduce emissions by 75% by 2030. Also in these plans are how it will develop innovative carbon-removal solutions for the remaining 25% of its footprint.

The Supplier Clean Energy Program is at the center of Apple’s commitment to making world-class products with greener manufacturing. One way it is supporting these efforts is by creating an Impact Accelerator program that will invest in minority-owned businesses that influence its supply chain positively.

The goal of ‘Apple’s 10-Year Climate Roadmap’ is to lower emissions via several actions. Low-carbon product design is one of these key actions.

They plans to increase use of low-carbon and recycled materials in its products while designing them to be as energy efficient as possible.

Apple is helping the development of a direct carbon-free aluminum smelting process which releases oxygen instead of greenhouse gases.

It’s doing this through investments and partnership with two of its aluminum suppliers, and this will be the first time anything like this has been developed.

The first batch of this new low-carbon aluminum is currently being used in production for Apple’s 16-inch MacBook Pro.