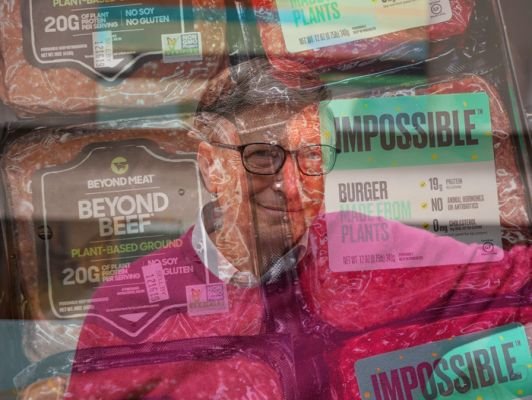 During the 1990s, Microsoft co-founder Bill Gates picked up a bad boy reputation for taking a hard line in the company’s antitrust spat with the United States government.

But for decades since stepping away from the software giant, Gates has rebranded as a philanthropist and policy advocate for humanitarian and policy issues including public health, climate change, and hunger.

This time in an interview Bill Gates came down hard in favor of fake meats — and even recommending that every single “rich country” on Earth move away from real beef as soon as possible.

He’s optimistic that plant-based beef replacements can replace meat from actual cattle without lab-grown meat taking over the market.

To underscore the point, he slammed Memphis Meats — a lab meat company that he has himself invested in — and praised a pair of plant-based competitors, Impossible and Beyond with which he also has had financial relationships.