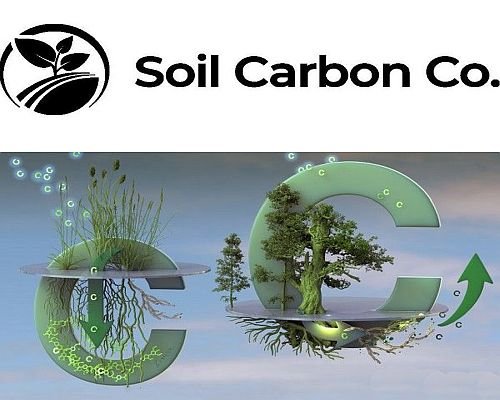 Fundamentally, two of the world’s most pressing challenges, climate change and soil degradation, boil down to a simple imbalance: there is too much carbon in the air, and not enough in the ground.

An Australian agritech startup, Soil Carbon Co, which specializes in what it terms “microbe-mediated carbon sequestration” ­– a method of removing carbon from the atmosphere via microbial fungi and bacteria; plans to fix this imbalance.

The technology in question?

A biological treatment applied to seeds that converts atmospheric carbon into a more stable compound which can then be stored deep in the ground – potentially for centuries.

The star ingredient in the seed treatment is a blend of microbial fungi called “dark septate endophytes”, which live symbiotically in the roots of the host crop and grow along with the plant.

Their primary function is to convert carbon dioxide absorbed through photosynthesis into fungal melanin compounds, which are less susceptible to breaking down upon contact with water.

These compounds are then deposited in soil microaggregate – tiny clumps of soil that provide an oxygen-free environment conducive to long-term carbon storage.

Carbon increases the water holding capacity of the soil, and also helps capture and retain nutrients beneficial to plants, translating into higher yields and better productivity.

A major selling point of Soil Carbon Co’s technology is that it is low-cost and easy to adopt, unlike many of the regenerative agriculture methods being practiced today, such as no-till farming.

Essentially, all farmers have to do is inoculate their crops with the microbes – which will be sold in freeze-dried form – and let nature take its course. What’s more, it is highly scalable.

It’s certainly an elegant solution – one that could help avert climate catastrophe and sow the seeds for a greener future.