Eco-anxiety Is On The Rise… 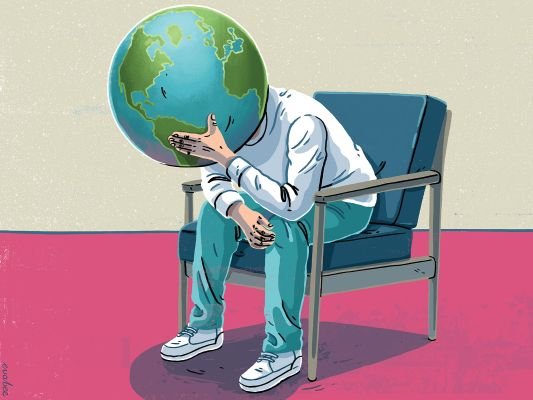 We all carry around daily worries, but some of us are sleepless over a much bigger concern – the state of planet Earth, otherwise known as eco-anxiety.

So, what is eco-anxiety?

It’s a condition that mental-health practitioners report seeing a spike in over recent years, as we collectively wake up to the urgency of the climate crisis we find ourselves in today. A survey from Tridos Bank of our top concerns showed the environment eclipsing issues such as housing and crime for the first time ever.

New research says that, alongside feeling anxious and depressed about the current state of global warming, many are beginning to feel eco-anger, aka anger at the way climate change is being tackled. This is also having a negative impact on people’s general mental well being.

Further, the American Psychiatric Association (APA) has said that climate change is ‘a growing threat to mental health’.

‘The rise in eco-anxiety,’ says Caroline Hickman, a psychotherapist at the University of Bath, ‘can be traced back to an unlikely source – Sir David Attenborough.’

His award-winning Blue Planet II series hit our screens in October 2017 and brought the extent of what had, until then, been an existential threat into sharp relief, as we watched the negative impact we are having on our oceans and marine life.

‘This was a shifting point.’

The impact of the climate crisis and sustainability became the buzzwords and truly got lodged in the public consciousness with this film.

How to tackle eco-anxiety?