Satellites Are Helping Us Sail Through Climate Induced Changes 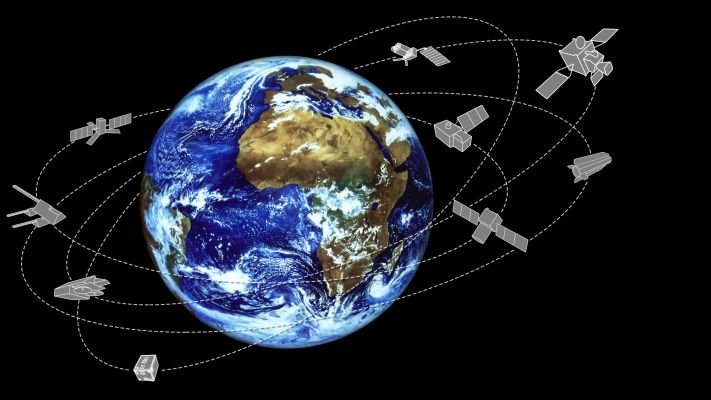 NOAA satellites are monitoring numerous wildfires and keeping watch on areas primed for ignition as the fire weather is heating up across the western United States, exacerbated by an intense heatwave and ongoing severe drought.

NOAA satellites zoomed in on several of the major fires burning in the western U.S, GOES-16 (GOES East) and GOES-17 (GOES West) are monitoring these fires in near-real time.

Flying in geostationary orbit, they keep constant watch over the same area, and help to locate fires, detect changes in fire behavior, and predict their motion. They also provide important information about the size, temperature, and intensity of fires that would otherwise be unavailable.

Specialized imagery that combines data from multiple channels on the satellites’ Advanced Baseline Imager (ABI) instrument allows both a fire’s hot spot and associated smoke plume to be visualized.

JPSS satellites feed the HRRR-smoke model, the first weather forecast model in the U.S. to monitor wildfire smoke. The model relies on multiple satellite measurements — such as heat energy, wind speed, rainfall, and atmospheric temperature — and combines these data with vegetation maps.

The combined data is mapped to a three-dimensional grid that provides information on surface level smoke, and smoke high in the atmosphere.

The model also produces a forecast with detailed updates on the height of the smoke plume, the amount of smoke produced and the direction it’s expected to move.

Timely satellite imagery is critical, potentially life-saving information in a dynamic fire environment. In the past, incident meteorologists had a single low-resolution image that updated every 15 minutes — typically the image was already 20 minutes old when it arrived at the forecaster.

Now, GOES-16 and GOES-17 frequently detect fires before they are spotted on the ground – as early as 10 to 15 minutes before emergency notifications to 911.