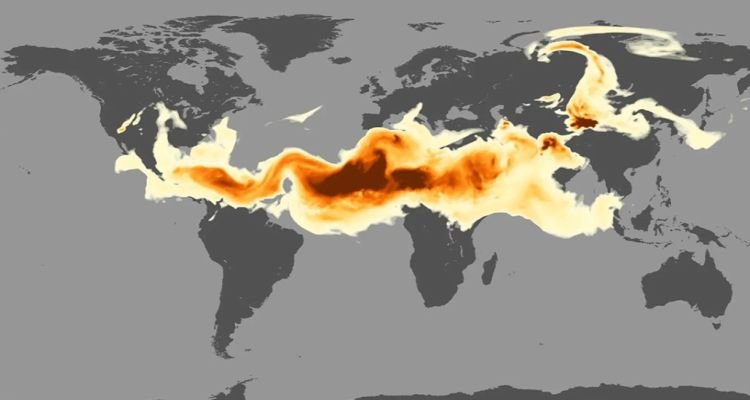 As Atlantic Hurricane Season approaches, you will hear a lot about the Saharan Air Layer (SAL) — a mass of very dry, dusty air that forms over the Sahara Desert during the late spring, summer, and early fall.

This layer can travel and impact locations thousands of miles away from its African origins, which is one reason why NOAA uses the lofty perspective of its satellites to track it. It can reach—as far west as Florida, Central America and even Texas—and cover extensive areas of the Atlantic (sometimes as large as the lower 48 United States).

SAL outbreaks can form when ripples in the lower-to-middle atmosphere, called tropical waves, track along the southern edge of the Sahara Desert and loft vast amounts of dust into the atmosphere.

The warmth, dryness and strong winds associated with the SAL have been shown to suppress tropical cyclone formation and intensification so NOAA uses GOES-16, NOAA-20, and the NOAA/NASA Suomi-NPP satellites to monitor them.

These satellites have a variety of visible, infrared and water vapor channels that can be used in combination to track the SAL’s warm temperatures, dry air, strong winds, and suspended dust.

This information allows forecasters and scientists to continuously monitor the evolution of SAL outbreaks and their effects on the meteorology and climatology of the tropical North Atlantic.