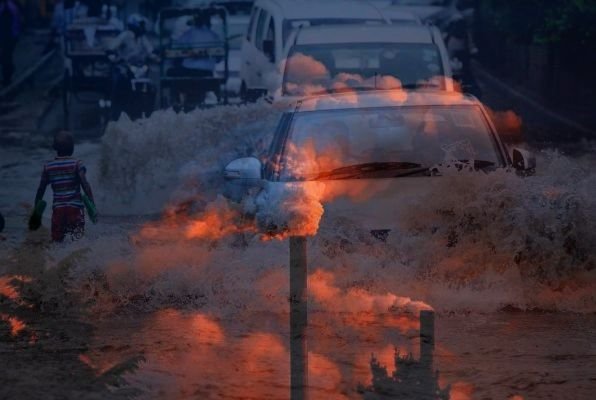 We are drowning in carbon dioxide (CO2) pollution but stuck with political and economic systems that promote more of the stuff because, you know, JOBS! It’s odd they don’t understand there will be no politics or commerce when most people are dead.

The end result is as predictable as the next sunrise.

Climate scientists today have access to sophisticated computer modeling that tells them the increase in carbon dioxide related to human activity made the deadly heat dome over the US and Canada this month 150 times more likely or the catastrophic flooding in Europe last week 600 times more likely.

These calculations demolish the argument that “extreme weather happens anyway, so we don’t need to worry about it.” The models clearly predict “warmer, wetter winters and hotter, drier summers along with an increase in the frequency and intensity of extremes,” in the decades to come.

Nobody alive has ever seen anything like this; floods that brought massive destruction and killed more than 150 people in Europe recently or the floods in Germany and China. In China it rained so much in 1 hour what was previously seen in a year.

Too much carbon dioxide leads to higher atmospheric temperatures. Warm air holds more moisture than cooler air, ergo there is more water vapor in the atmosphere which means when it rains, it rains harder and longer than we are used to.

Don’t say you weren’t warned. We have had ample warnings; we just chose to ignore them 🙁