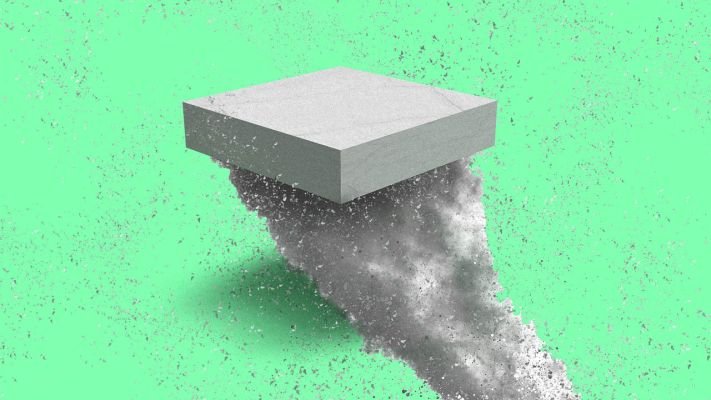 Concrete is the most commonly used construction material on the planet, yet it is also one of the most significant producers of carbon emissions. The manufacturing of this construction material for our sidewalks, buildings, and bridges accounts for around 8% of the carbon dioxide released into the environment globally.

In the face of climate change, the material that produces our planet is also the substance that destroys it.

A new form seeks to break the cycle. Researchers at the University of Tokyo have created a type of concrete that is manufactured using trash from previously used concrete and carbon dioxide extracted from the air.

They get calcium from leftover concrete that would otherwise go to waste. The waste is then mixed with CO2 collected from industrial exhaust or straight from the air to create calcium carbonate, a strong substance that serves as the foundation for fresh concrete.

The basic elements for this innovative material are plentiful. Every year, more than half a billion tonnes of building and demolition trash, including a considerable amount of construction waste, simply end up in US landfills alone.

For the time being, the new waste-based material lacks the compressive strength to entirely replace traditional concrete in large-scale construction and infrastructure projects, but the researchers believe its density may be increased to sustain the weight of single homes and other modest projects.

By 2025, they expect to have a full-scale mockup structure built with this new material.