Why Is It Raining Cats And Dogs??? 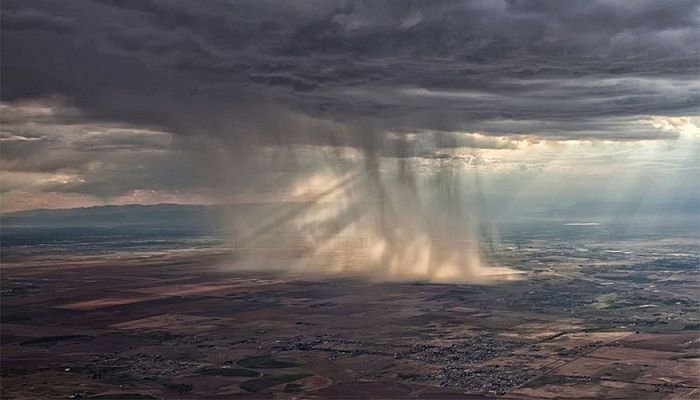 According to the draft 2021 release of the UNs’ Intergovernmental Panel on Climate Change (IPCC) sixth assessment report — considered the gold standard in climate science — 10-year events (that is, rainfall events with a 1 in 10 chance of being matched or exceeded in a given year) are now 1.3 times more likely to occur.

When they do happen, they are roughly 7% wetter.

What is the source of the increased rainfall?

Human-caused global warming, scientists say, is to blame. This is due to climate change, which is increasing evaporation and disrupting rainfall patterns.

According to scientists, a fundamental meteorological concept holds that when air warms, it can “hold” more water vapor than air at lower temperatures. (We also know that average global temperatures have risen by around 1.1°C (1.98°F) between 1900 and 2020 as a result of heat-trapping greenhouse gases released into the atmosphere.)

As the temperature rises, more water evaporates from soils, plants, seas, and streams, converting to vapor. More water vapor indicates that there is more water available for heavy downpour and sleet.

Normally, more rain is a good thing. We need it to fill lakes and streams, which serve as supplies of drinking water and farmland irrigation. However, heavy rainfall, particularly at high rates, might do more harm than good.

When rain falls too rapidly for soil to absorb, the earth cannot absorb it all. Instead, stormwater runoff gathers and runs through yards and highways, increasing the danger of flooding and soil erosion. Localized floods can impede traffic, damage infrastructure, and create power outages.

While some degree of greater rainfall is unavoidable, reducing greenhouse gas emissions and limiting global temperature rise is the greatest strategy to help us avoid the worst consequences of climate change.

The article is based on IPCC Report; edited by Clean-Future Team