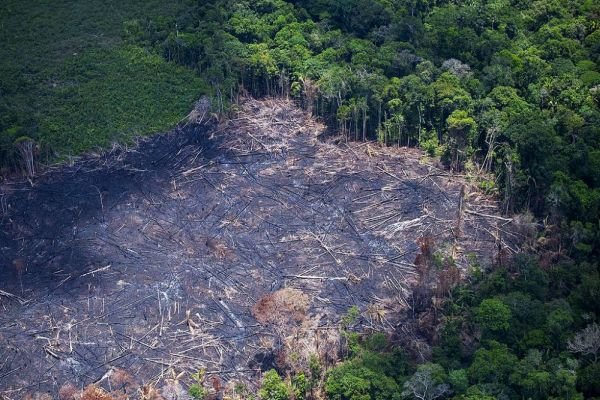 Wildfires are becoming larger, hotter, and more common as the climate changes, from the Amazon to the Arctic. In 2019 and 2020, Australia’s forest fires scorched an area the size of Florida.

That alone is awful. But what occurs after the trees die is often ignored in the midst of the first carnage: Many forests are now struggling to recover, not because of fire, but because of climate change-related issues.

Forests are no longer regenerating on their own in many locations. Over the last 10,000 years, Earth has lost one-third of its forests, with half of that loss occurring just since 1900. We logged them for timber. We cut them to make way for farms and cattle. We cleared land to build homes and roads.

Now, fossil fuel pollutants are reshaping forests in unexpected ways. As CO2 and other greenhouse gases warm the earth, some of its estimated 73,000 tree species push poleward and higher up slopes, dragging other life with them.

Snowshoe hares and moose benefit from the spread of alders, willows, and dwarf birches over the Arctic, from Scandinavia to Canada.

However, climate change is causing the extinction of trees. And what has forest scientists worried is the rising frequency of extreme events—fire, stronger storms, insect infestations, and, most significantly, excessive heat and drought, which may exacerbate the consequences of all the others.

These one-of-a-kind, frequently unprecedented events cause enormous tree loss, reshaping forests that have existed since the previous ice age to entirely new states. Climate change still poses less of a threat to forests than logging and land clearing, but the threat is growing fast.

Locally, climate change is modifying forests very instantly, transforming them even where rules are in place to protect them. It’s all occurring so rapidly that we can’t tell what’s going on. While we are losing trees of all sizes and shapes, the largest and oldest contain the most carbon, are crucial for biodiversity, and will be the most difficult to replace.

Climate mitigation activities such as tree planting may be a lengthy and obviously improbable answer, but there is also the possibility of reducing or stopping deforestation.