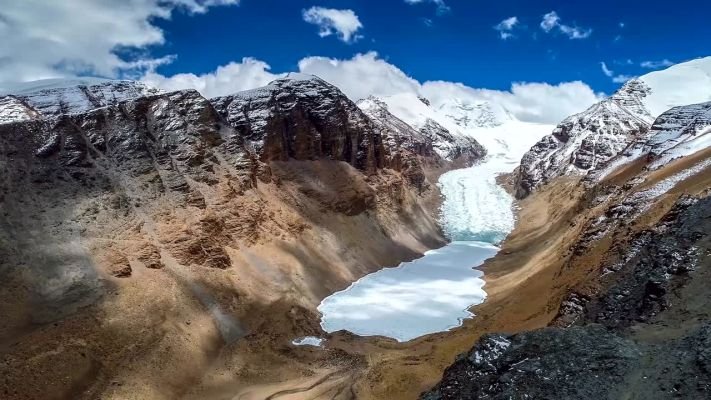 As the record-breaking, months-long heatwave continues, a major glacial lake outburst in Pakistan has destroyed a bridge, two power stations, and inundated a community.

High temperatures hastened ice and snow melt, causing a lake near the Shishpar glacier in northern Pakistan’s Hunza District to burst its ice dam and spill 10,000 cubic feet of water per second down the valley. Residents were given enough time to leave, but the deluge ruined agricultural land, power plants, and several homes.

Something similar had happened last year, when a glacier in the High Himalayas erupted, releasing a torrent of water and debris in the northern Indian state of Uttarakhand. A large river rush swept through mountain gorges, killing at least 19 people and destroying two hydroelectric dams, with at least 180 people missing.

According to authorities, a section of the Nanda Devi glacial lake came off, unleashing water held beneath it. Global warming is causing glaciers to melt.” Intense rains or earthquakes can sometimes induce glacial spurts, but neither was the case here.

These glacier melting is concerning since it is now occurring virtually annually, and it is all linked to climate change.