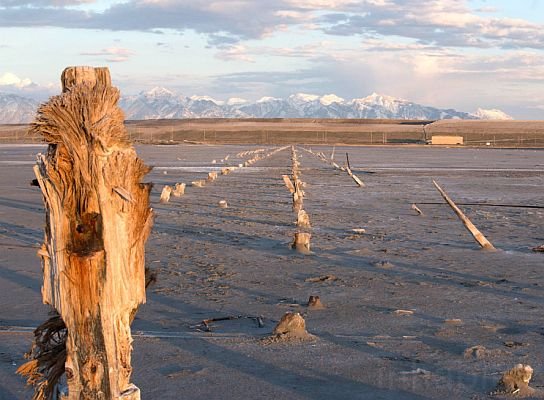 Climate change is shrinking Utah’s Great Salt Lake, threatening an environmental disaster that may transform the air around Salt Lake City into a toxic cloud of arsenic.

Once exposed, the Great Salt Lake bed might enable arsenic — a classic poison that is deadly and carcinogenic to humans — to be transported across to the city of over 200,000 inhabitants by wind storms.

The lake bed also contains additional toxic heavy metals as a result of neighboring mining operations, which means that simply breathing in the dust might induce respiratory difficulties. Residents are concerned about this.

As more people relocate to the area — the Salt Lake City region is one of the country’s fastest expanding metropolitan regions thus water supplies are starting to dwindle as due to climate change much less water flows down from the snow-capped mountains into the lake.

Rising temperatures due to climate change may even lead water vapor from neighboring mountain snow supplies to evaporate rather than flow into rivers. There’s precedence for a lake drying up and generating an environmental calamity. California’s Owen Lake dried up little under a century ago, causing dust pollution to cover most of the area.

Overall, the region is in for an unpleasant awakening, mostly due to human-caused climate change. “We are seeing a possible environmental nuclear bomb that will detonate unless we take significant action.”