A Massive Tidal Wave Crashes Over A 2-Story Condo… 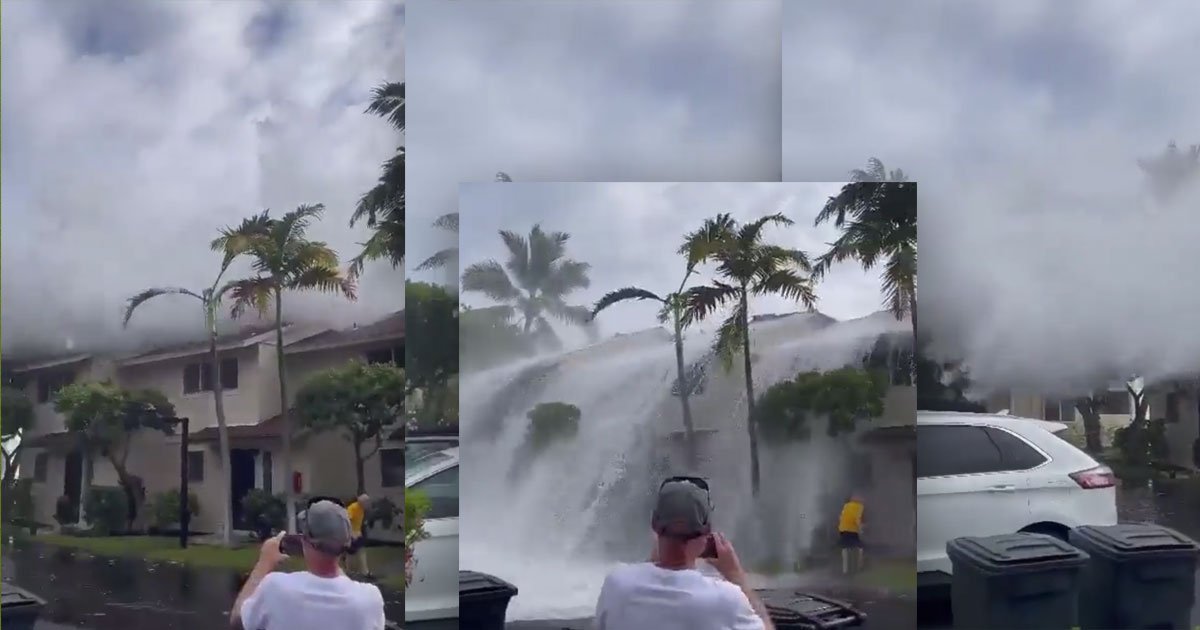 While Europe suffers from a fatal heat, other parts of the world are dealing with the terrible repercussions of climate change in other ways.

Consider this stunning new footage, which shows a big tidal wave crashing over the roof of a two-story condo in Hawaii during what the National Weather Service (NWS) calls a “record” ocean surf.

According to the NWS, waves on the islands’ south facing coasts could reach up to 20 feet high.

“The problem with sea level rise is that it doesn’t increase level,” Kaniela Ing, a campaign director and former Hawaii senator, tweeted. “Dramatic incidents like this will punctuate it. But far more frequent and severe than it is today. Within our lifetimes.”

Several stretches of highways had to be closed and Lifeguards had to make at least 219 rescues across Oahu shores.