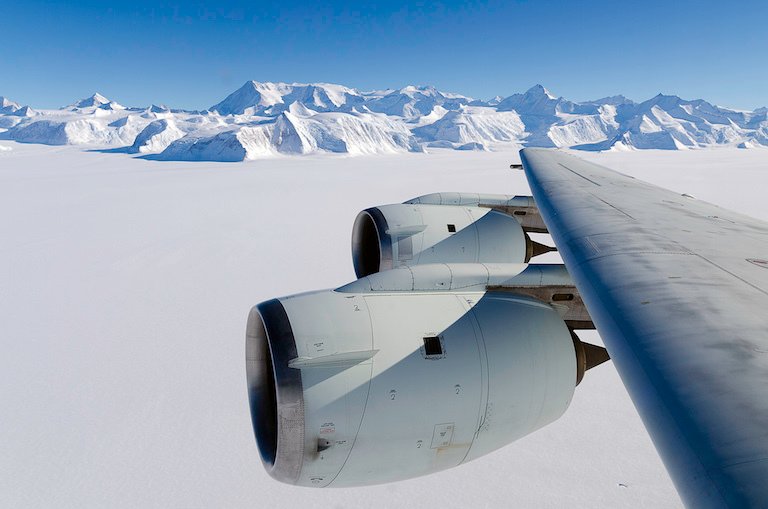 In a desperate attempt to refreeze the melting ice caps, a group of scientists proposes releasing large amounts of small aerosol compounds from 125 big military planes over the Earth’s North and South Poles – a strategy that is already proving very contentious among specialists.

According to the Yale University study, 125 air-to-air refueling tankers flying at 43,000 feet above the planet’s poles would emit minuscule sulfur dioxide particles — the thing you smell from a burnt match. These particles would then insulate the polar areas from the Sun’s heat by blocking some sunlight from the surface below.

A little more than 13 tonnes of particles discharged at at the proper times of year might chill the polar regions by 3.6 degrees Fahrenheit.

According to the report, we’d need to fly around 175,000 flights of “high-flying surveillance planes and drones” per year to make a significant impact in the fast disappearance of ice shelves at both the poles.

It’s worth mentioning that those planes would emit massive amounts of carbon dioxide into the environment. Despite the detrimental emissions, the research says that it is still useful.

Solar geoengineering plans have been faced with vociferous resistance, with scientists suggesting that releasing dangerous carbon dioxide emissions from high-altitude planes is a bad idea. They also claim that sun shadowing might have unforeseen repercussions, such as harming agricultural systems.