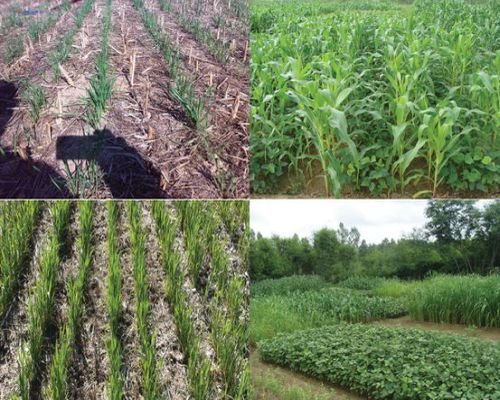 Just as burning fossil fuels has led to dangerously high levels of carbon dioxide in the atmosphere, factory farming driven by the pursuit of profits for chemical companies is threatening the food supply we all depend on.

This led to the rise of “The Conservation Agriculture Movement.”

The Conservation Agriculture Movement began in the United States but is spreading rapidly to other countries. It basically turns its back on industrial farming methods and reverts to agriculture as it used to be practiced centuries ago.

That means no plowing or turning the soil. Instead the ground is covered with crops all year round with a wide variety of plants.

All forms of conservation agriculture share three core principles. These include:

The process requires more planning, but the benefits are remarkable.

Conservation agriculture has significant financial rewards, as they lower the costs of machinery and labor and also their is a drastic reduction in the use of fertilizer and other chemicals.

This in turn, lead to a large increase in insects, birds, and wildlife, as well as fewer floods and more resilient crops during droughts.

The movement is coming up from below, with farmers talking to each other and seeing the benefits, then adapting that to work on their own farms. They are now using fewer chemicals and less fertilizer year on year as the soil recovers.

The aim is to completely STOP using fertilizer or sprays.