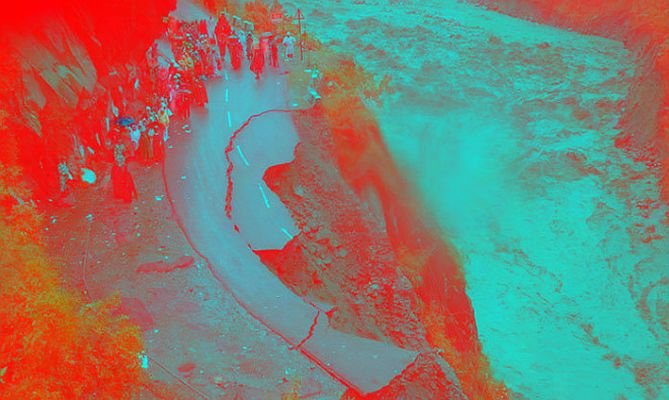 The glacial burst in the Chamoli district of Uttarakhand, is nature’s way of telling humans that we need earth, earth doesn’t need us, for her we are just another species and so we should live in harmony or else will be extinct just like dinosaurs and nobody would know or care…

The stone quarrying, blasting of mountains and digging of tunnels in the base of the fragile mountain system for the two back-to-back under-construction dams on Rishi Ganga and Dhauli Ganga rivers, despite warning by experts and ecologists, had played havoc with the local ecology.

And, climate change, held responsible for faster glacial melting, could have aggravated the situation in Uttarakhand.

A 2019 report by International Centre for Integrated Mountain Development said that 36% of the volume of glaciers in Hindu Kush Himalayan (HKH) region will be gone by the end of 2100 if the world manages to keep the temperature rise within 1.5 degrees Celsius as mandated by Paris Climate Agreement.

Though the disaster region may not strictly fall in the HKH, its findings confirm what has been said in various studies on faster melting of glaciers feeding the perennial Ganga from the upper reaches of Uttarakhand and China.

Local Architect, Tanisha Tewari from Almora says, “The governments obsession of transforming hills into metros is leading them on path to unmindful development. This Vikas of Uttarakhand is not in sync with the ecology of the region. All these activities of road widening, dam projects are creating soil erosion, forest fires and habitat loss thus changing both the micro and macro climate of the entire Himalayan region.”

Uttarakhand gave a stern warning in 2013! when a flash flood caused by glacial lake burst ravaged the Kedarnath shrine but successive governments were in no mood to listen! for every government wanted to be “Economically Responsible” rather than being “Ecologically Responsible”.

According to an anonymous source in Judiciary, “In spite of the judicial intervention and stalling of the big ticket projects on Environmental grounds, the successive governments only examined the “unintended economic consequences” and went ahead. In any other country all those guilty would have been booked for such a “man-made disaster.”

This should act as an eye-opener for those pursuing the death of Himalayan ecology in the name of development is that rarely, anywhere in the world, two big disasters in a region have taken place in less than a decade.