Earth Is Literally And Figuratively On Fire 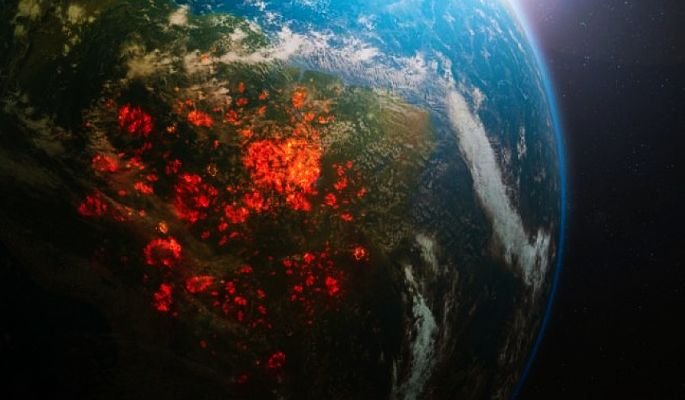 It’s no secret that our planet is literally and figuratively on fire right now. In fact, some wildfires are so large that they can now easily spotted from space — an unfortunate perspective of what may be our impending doom.

Satellite images show huge regions across the entire planet engulfed in clouds of smoke of astronomical proportions, from Siberia, Greece, and Spain all the way to the Pacific Northwest.

Some, like the Bootleg Fire in Southern Oregon, are so huge that they’re creating their own freak weather patterns. The US is even struggling to recruit enough firefighters.

IPCC report makes the causes of climate change very clear — so far, human activity has heated the planet by about 1.1 degrees Celsius since pre-industrial levels.

Even if we immediately stop burning fossil fuels and start to restore natural ecosystems to their former glory, the planet is destined to reach 1.5 degrees of warming within another 20 years.

When that happens about 1 billion people will suffer increasingly severe and frequent heatwaves, and hundreds of millions more will face intense droughts.

NASA astronaut Megan McArthur described the grim experience of being stationed on board the International Space Station while the Earth is in turmoil below. “We’ve been very saddened to see fires over huge sections of the Earth, not just the United States,” McArthur said.