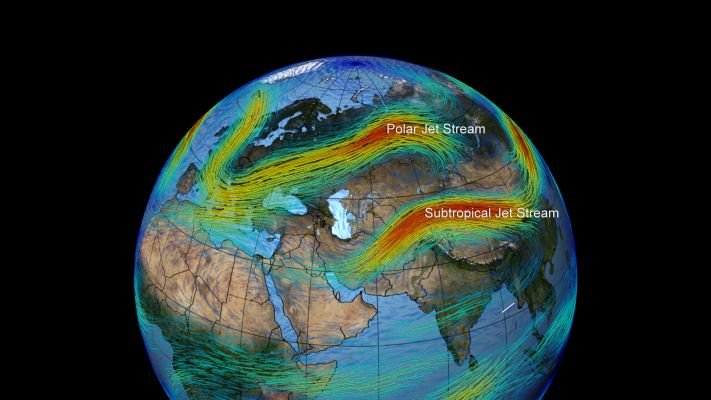 A new study in the United States sheds light on how the position and strength of the North Atlantic jet stream have evolved over the last 1,250 years.

The findings imply that if greenhouse gas emissions continue unchecked, the jet stream location might move outside of the range of natural fluctuation as early as 2060, with potentially disastrous weather-related repercussions for populations on both sides of the Atlantic.

The researchers collected glacial ice core samples from roughly 50 locations throughout the Greenland ice sheet in order to recreate variations in windiness over the North Atlantic dating back to the ninth century.

Natural variability appears to have disguised the influence of human-caused warming on mid-latitude atmospheric dynamics over yearly and longer timescales, according to the reconstructions.

The findings show that, while natural variability has mainly controlled the location of the North Atlantic jet stream, continuing warming might result in considerable departures from the norm.

These high-altitude winds have an influence on weather and climate in eastern North America and western Europe, accounting for between 10% and 50% of the variation in yearly precipitation and temperature in these regions.

Reference- Clean Technica, Proceedings of the National Academy of Sciences,