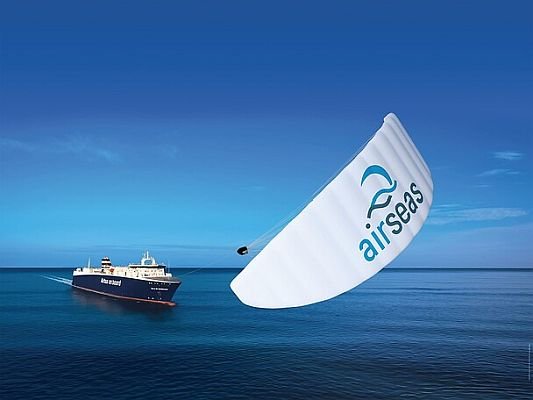 Airseas, a French start-up focused on renewable energy, appears to have redesigned the sail. A massive cargo ship will pull itself across the ocean next month using a gigantic kite to investigate the idea of utilizing wind power to offset the shipping industry’s enormous carbon impact.

The test run, anticipated for early 2022, will utilize a 5,380-square-foot parafoil kite. It will be linked to the Ville de Bordeaux, a 505-foot ship, which will test the kite — dubbed a Seawing — for six months before returning to its normal itinerary.

Technically, unlike a sail, a kite is not linked to the deck of a boat. The kite appears to be flying far above the boat in renderings, and Airseas has stated that it can be modified to fit any type of ship.

It’s worth mentioning that Ville de Bordeaux and other ships equipped with the Seawing will continue to utilise their engines but should benefit from increased fuel efficiency due to wind harvesting.

If the Seawing truly decreases emissions and Airseas meets their objective of outfitting 10% of the world’s fleet rapidly, who cares if it’s only a new type of sail?

Bear in mind that around 50,000 ships deliver approximately 80% of the world’s cargo. Cargo ships run on a particularly polluting fuel termed “bunker fuel,” which is estimated to contribute more than 2% of global carbon emissions and 10% to 15% of sulphur oxide and nitrous oxide pollution. Thus, any decline in these figures is a positive development.