Heatwaves At Both The Poles Indicate Climate System Collapse 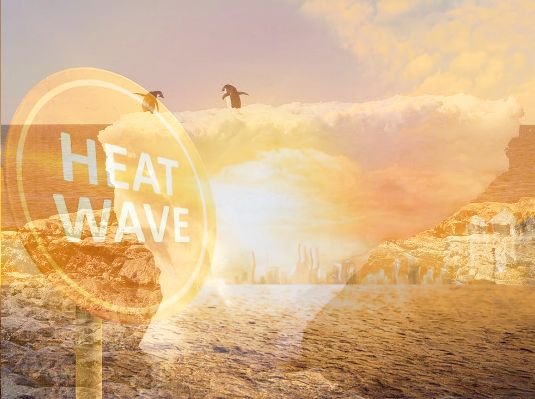 Heatwaves at both poles have alarmed climate scientists, who have warned that the “unusual” phenomena might indicate a quicker and more catastrophic climate collapse.

For both poles to show such heatwave conditions at once is unprecedented. The rapid rise in temperatures at the poles is a warning of disruption in Earth’s climate systems.

The threat is twofold: heatwaves at the poles are a powerful indicator of the damage humans is causing to the climate, and melting might cause more cascade shifts that would hasten climatic breakdown.

As polar sea ice melts due to heatwaves, especially in the Arctic, it exposes dark water that absorbs more heat than reflected ice, further warming the globe. Much of Antarctica’s ice covers land, and melting raises sea levels.

The warming of the Arctic and Antarctic is cause for concern, and the increase in extreme weather events – of which these are an example. Scientists have cautioned that what is happening is “historic,” “unprecedented,” and “dramatic.”