Millets, A Superfood, Are More Climate Resilient Than Rice… 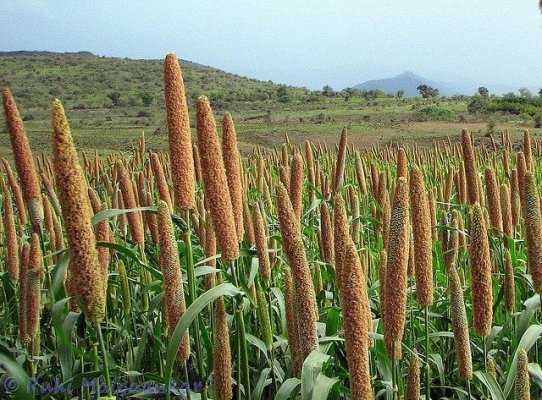 India is suffering a water and food crisis, which has been compounded by extreme climatic cycles such as the current heatwave, which has seen temperatures far over 40°C. With 1.4 billion people to feed and such heatwaves on the rise, the country plainly requires more sustainable agriculture.

Young farmers in Punjab who understand climate change and its related risks are instead turning to millets – a crop with an ancient history.

Millets are a type of cereals that come in a variety of species and are regarded as a superfood due to their nutrient-rich composition and high carbohydrate and protein content. They provide health advantages, particularly to patients suffering from coronary artery disease and diabetes.

Importantly, millets are a wonderful alternative to rice since they require less water, are pest resistant, have a long shelf life, and are lucrative. Millets are heat resistant, according to research, making them a good crop choice in a changing environment.

Millets such as ragi, bajra, and guar are currently being grown as a supplemental crop by more enterprising farmers in scattered and pocket-sized regions. This practice is influenced by the active flow of information and knowledge about climate change, altering agricultural policy environments, and expanding consumer markets, all of which have boosted demand.

Farmers together market processed, packaged, and branded consumer millet goods in addition to raw millets. Though millet has strong economic benefits, its yields (output per unit of land) are around six times lower than rice.

Millet is not a universal answer, but it should be part of a package of crops that can be cultivated more responsibly and are more adaptive to climatic fluctuations. Importantly, millet can be cultivated on ground that is no longer suited for rice cultivation.