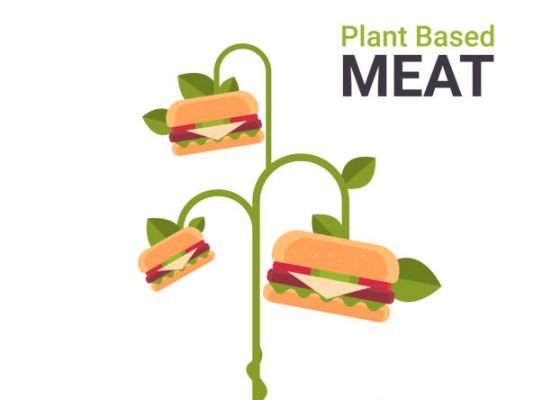 There’s a lot of excitement around town about “plant-based meats”: items that look like real meat but are completely free of animal substances.

Unlike previous generations’ bean- or grain-based vegetarian burgers, these “plant-based meats,” the most well-known of which are Impossible Burger and Beyond Meat, are extensively promoted toward traditional meat eaters. They claim to be able to reproduce the flavor and texture of actual ground beef with a fraction of the environmental cost.

Plant-based meats seek to improve on this poor environmental performance. Impossible and its rivals do this by deconstructing meat into its component components and then constructing an equal product from plant-based materials.

Manufacturers begin with plant protein — mostly soy for Impossible, pea for Beyond, and potato, oat, or comparable proteins for others — and then add carefully selected additives to replicate meat-like properties.

Most incorporate coconut oil, which has a mouthfeel similar to animal fats, and yeast extract or other flavorings to give meaty tastes.

With all of this processing, are these meat substitutes truly greener than the meats they aspire to replace?

To address that question, environmental scientists do a life cycle study. This entails examining each element in the finished product — and tracing it back to its origin, logging all the environmental costs involved.

Independent Johns Hopkins University researchers discovered that the average greenhouse gas footprint of plant-based foods was just 7% that of cattle for an identical amount of protein. Plant-based goods were also less harmful to the environment than pig or chicken.

Similarly, the Hopkins researchers discovered that making plant-based meats needed less water: 23% less than beef, 11% less than pig, and 24% less than chicken for the same amount of protein. There were also significant land savings.

This is crucial because, if plant-based meats get a considerable market share, the spare land might be returned to forest or other natural plants, which store carbon dioxide from the atmosphere and contribute to biodiversity conservation.

seeing the above results one can safely conclude that for most ingredients it seems likely that even poorly produced plant-based meats are better, environmentally, than meat from well-raised livestock.